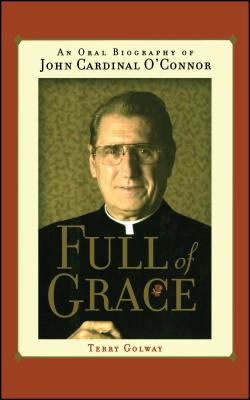 The death in May 2000 of John Cardinal O'Connor, archbishop of New York, was a vital loss to countless millions. A shining, openhearted crusader for traditional values in an increasingly bewildering culture, O'Connor was a pioneer for the new face of Catholicism, mapping out an unequivocal political and ethical code that stood for unconditional charity, civil liberties, and social justice. His widespread influence and spiritual presence are still felt strongly today. Now, for the first time, one of last century's most inspiring voices for humanity, conscience, and compassion is celebrated and remembered through the words of those who knew him best. Renowned author and journalist Terry Golway shares a diverse collection of intimate stories and accounts: from former New York Mayor Ed Koch, one of the archbishop's closest friends, to fellow clerics he inspired, to all manner of laypersons around the country whose lives were touched and changed by this vital pillar of the Roman Catholic Church. With never-before-seen photographs throughout, along with fascinating, previously unpublished correspondence to and from O'Connor, Full of Grace is a gorgeous tribute and an unprecedented remembrance, affording full access to the vast heart of the extraordinary man who once famously understated, I hope that in each place I've gone, I saved some souls.

Terry Golway is the author of For the Cause of Liberty, a history of Irish nationalism; The Irish in America; and Irish Rebel, a biography of John Devoy. A columnist and city editor for the New York Observer, his work has appeared in The New York Times, The Boston Globe, American Heritage, and Newsday. He has appeared on CNN, PBS, the History Channel and several radio pr
Loading...
or support indie stores by buying on