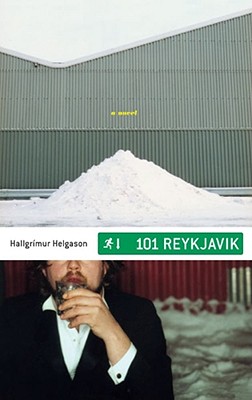 Hlynur Bjorn sleeps in. He surfs the Web. He tests the efficacy of various pornography. And at night, he hits the K-bar for a few drinks, maybe a tab of E, and perhaps a bit of sex before another crash. He'd blithely remain in this cycle forever, but when his part-time girlfriend reveals she's pregnant, his way of life is threatened. Hlynur withdraws and becomes obsessed with his mother's best friend, only to discover, after he's shagged her, that she's his mother's lesbian lover. And just when you believe he couldn't twist up his life any further, Hlynur finds a way.

Icelandic novelist HallgrÍmur Helgason inhabits his antihero's mind with marvelous acuity, subversive wit, and devilish charm. Hlynur is a true product of our postmodern global culture. Well beyond slackerdom, he lives at home with his mother and depends on social welfare. He's a quick-witted and articulate young man, and there's nothing wrong with him -- other than a total lack of ambition, an off-kilter sense of morality, and a nagging set of existential woes.

Against the backdrop of ReykjavÍk's storied nightlife and amid the swelling global presence of Icelandic culture, Helgason portrays with brutal honesty and humor a young man who takes uselessness to new extremes, and for whom redemption may not be an option. 101 ReykjavÍk is a spectacularly inventive, darkly comic tale of depraved and inspired humanity.

HallgrÍmur Helgason has published four novels and a collection of poetry in his native Iceland. His visual art has been exhibited in ReykjavÍk, New York, and Paris. 101 ReykjavÍk, recently adapted for film, is his first novel to be translated into English. His latest novel, The Author of Iceland, won the 2001 Icelandic Literature Prize. He lives in ReykjavÍk.
Loading...
or support indie stores by buying on