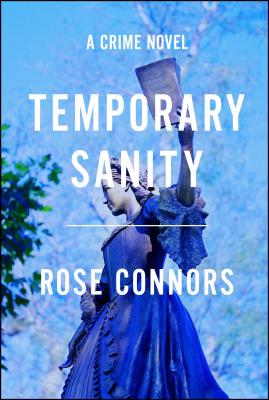 A brilliant new legal thriller, set on colorful Cape Cod, from the author whose debut novel, Absolute Certainty, won raves for its fresh voice and its passion for the law.

When can a citizen become a killer? Is homicidal insanity ever a moral or legal justification for murder? And what should a jury do when the facts are clear but they don't tell the real story?

Cape Cod attorney Marty Nickerson, until recently a Massachusetts prosecutor, must ask herself those questions in her new role as defense attorney for client Buck Hammond.

The charge is murder one. When Buck's seven-year-old son was raped and killed by pedophile Hector Monteros, Buck took justice into his own hands. Unfortunately, the TV cameras were rolling as Buck aimed his hunting rifle at Monteros's head.

The only viable defense is insanity, but the grieving father refuses to say he was crazy when he pulled the trigger. Marty, teaming with Harry Madigan, her partner in love and law, has a tough case. How can the jury acquit Buck when the shooting is right there on the screen for all to see?

Marty and Harry and their young assistant, Kevin Kydd, are already stretched thin when, on the very eve of the trial, a battered and bleeding woman staggers into their office. She's in deep trouble -- her attacker's body has just been found, viciously stabbed, and he's an officer of the court. Now Marty has two seemingly impossible battles to win against her former colleagues.

But losing a verdict may be the least of Marty's worries, as her efforts soon lead to shocking revelations that bring fear to the Cape and devastating changes to Buck's trial. Well, who said being a defense attorney was going to be easy?

With her energetic prose, her insider's expertise, and her exuberant storytelling, Rose Connors establishes herself as a unique and refreshing new crime-writing star.

Rose Connors, whose debut novel, Absolute Certainty, won the Mary Higgins Clark Award, grew up in Philadelphia and received her law degree from Duke in 1984. A trial attorney for eighteen years, she's had experience from the prosecutorial and defense sides of the courtroom, and has exasperated any number of judges in both capacities. She is admitted to practice in both Washington State and Massachusetts and lives with her family on Cape Cod, where she is at work on the next Marty Nickerson novel.
Loading...
or support indie stores by buying on