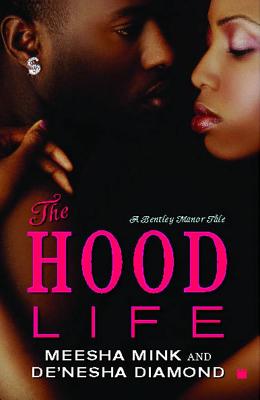 In the third and final installment of the Desperate Hoodwives trilogy, hailed by the New York Post and Essence as a “can’t-miss new series,” a pimp, a killer, a playa, and a drug dealer struggle to get their game right in a sizzling novel where leaving the life and trying to go straight is a deadly option.

Tavon, better known as “Sweet,” would pimp his own mother—and he does. Convinced that the prostitution game chose him, Sweet loves his high-rolling life. But when he unexpectedly becomes a father, will Sweet be able to choose between the family trade and his grown, not-so-innocent daughter?

After ten years in prison, the drive-by Demarcus committed still haunts him. Determined to stay above the law, he’s found Allah, promised to change his ways forever, and finally do right by his girl, Zoey. But when an opportunity arises that will set him and Zoey right for life, Demarcus may have more faith in his killah reputation than the Koran...

Kaseem runs every single drug going in and out of Bentley Manor. His empire provides clothes, cash, and his satisfaction of his wifey, Quilla—along with the company of other ladies, of course. But when Kaseem’s crew becomes more violent, will he be able to escape the life—and the gangsters—he created?

The best playa on the block, Rhakmon can get a woman to do anything he wants. His latest girlfriend, Shaterica, lets him steal, lie, and cheat—smitten to be under his spell. But when Rhakmon’s devious deeds are finally brought to light, the revenge Shaterica plans may ultimately be more horrible than anything he could have imagined...

From the ladies who brought you Desperate Hoodwives and Shameless Hoodwives, the streets of Atlanta are hotter than ever with drama, sex, and danger—profilin’ four men desperate for anything but their hood life.

Meesha Mink is the bestselling and award-winning author of more than thirty books written under three names, including the Real Wifeys series and co-authoring the explosive Hoodwives trilogy.  She was born and raised in Newark, New Jersey, and lives in South Carolina. For more information, please visit MeeshaMink.com.