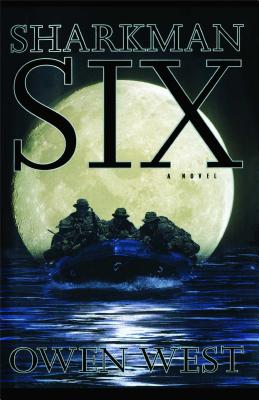 When Lieutenant Gavin Kelly's recon platoon swims ashore a Mogadishu beach under the glare of hundreds of news camera lights, it is an appropriately surreal beginning to Operation Restore Hope. This modern war is vastly different from the battles Kelly's father and grandfather fought and from the young lieutenant's own experience during Operation Desert Storm. Minutes after the Marines' celebrated landing, one of Kelly's men kills an armed Somali bodyguard. The circumstances of the killing are unclear and Kelly finds himself in the center of a maelstrom. He must act quickly to deflect a vociferous outcry from members of the international press corps, censure by his Marine superiors, and the possibility of losing the loyalty of his men -- particularly two enlisted leaders in the platoon who have vouched for the necessity of the kill.

Thus begins Sharkman Six, a stinging morality tale in which Kelly is torn between his men, his confusing mission, and the international rules of engagement he has sworn to uphold. As his platoon descends into the lawless, violent underbelly of Somalia, Lieutenant Kelly must determine his own values -- and allegiances -- in a country where murders are commonplace and constant.

With heart-pounding, intricate military detail, rapier wit, and stunning verisimilitude, Sharkman Six speaks to the violent urges lurking in us all and the lengths to which we will go to control them. In Gavin Kelly, West has created an authentic, sympathetic, and wholly compromised young officer of war who will put you in mind of the best of military heroes and antiheroes.

Owen West is a former Marine major who served two combat tours in Iraq. He is the author of two novels, including Sharkman Six, which won the Boyd literary award for best military novel, and his work has appeared in Men’s Journal, Playboy, The New York Times, The Wall Street Journal, and numerous other publications.
Loading...
or support indie stores by buying on