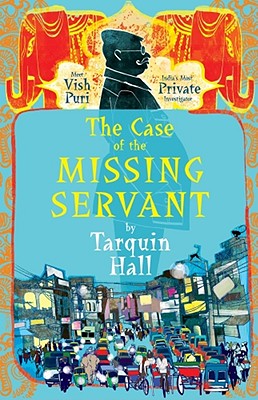 The Case of the Missing Servant

“Vish Puri, Most Private Investigator, is part Hercule Poirot and part Precious Ramotswe -- with a nod to Sherlock Holmes, deploying his team of undercover operatives in Delhi with shrewd skill. He's an old-fashioned, principled man, not afraid of modern technology as it changes the face of India. Irresistible, this quirky story should appeal to readers of every stripe, mystery and non.”
— Barbara Peters, The Poisoned Pen, Scottsdale, AZ
View the List

In hot and dusty Delhi, where call centers and malls are changing the ancient fabric of Indian life, Puri's main work comes from screening prospective marriage partners, a job once the preserve of aunties and family priests.

But when an honest public litigator is accused of murdering his maidservant, it takes all of Puri's resources to investigate. How will he trace the fate of the girl, known only as Mary, in a population of more than one billion? Who is taking potshots at him and his prize chili plants? And why is his widowed "Mummy-ji" attempting to play sleuth when everyone knows mummies are not detectives?

With his team of undercover operatives -- Tubelight, Flush, and Facecream -- Puri ingeniously combines modern techniques with principles of detection established in India more than two thousand years ago -- long before "that Johnny-come-lately" Sherlock Holmes donned his deerstalker.

The search for Mary takes him to the desert oasis of Jaipur and the remote mines of Jharkhand. From Puri's well-heeled Gymkhana Club to the slums where the servant classes live, his adventures reveal modern India in all its seething complexity.