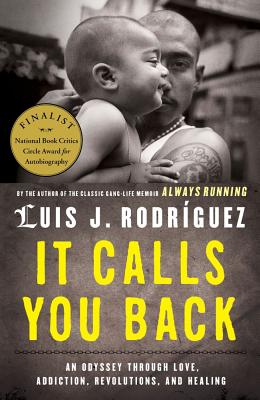 "Rodriguez’s life story is astonishing . . . It takes a heart broken open by a lifetime of sorrows to write with this wisdom and compassion. It takes a visionary to use this knowledge in service to those the world despises—troubled youth, the homeless, the incarcerated, the poor, the migrant—to be called back for those you love."
—Sandra Cisneros, author of Caramelo and The House on Mango Street

—John Densmore, bestselling author of Riders on the Storm: My Life with Jim Morrison and the Doors

“Two decades ago Luis Rodríguez became a superhero in Chicano literature with his survivor's story of a gangbanger youth. Here, again, he beautifully details his not-so-ordinary life, its tragedies and graces, but now as a son, husband, father, a worker, journalist, and successful author. With It Calls You Back, Rodriguez maps out his activist past and leads us into the future. Adelante!”
—Dagoberto Gilb, author of The Flowers and Before the End, After the Beginning