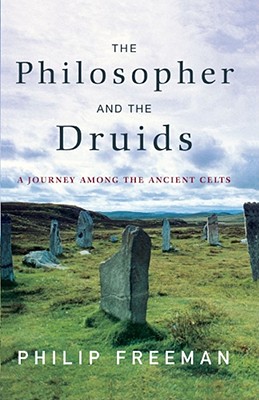 The Philosopher and the Druids

A Journey Among the Ancient Celts

Early in the first century B.C. a Greek philosopher named Posidonius began an ambitious and dangerous journey into the little-known lands of the Celts. A man of great intellectual curiosity and considerable daring, Posidonius traveled from his home on the island of Rhodes to Rome, the capital of the expanding empire that had begun to dominate the Mediterranean. From there Posidonius planned to investigate for himself the mysterious Celts, reputed to be cannibals and savages. His journey would be one of the great adventures of the ancient world.

Posidonius journeyed deep into the heart of the Celtic lands in Gaul. There he discovered that the Celts were not barbarians but a sophisticated people who studied the stars, composed beautiful poetry, and venerated a priestly caste known as the Druids. Celtic warriors painted their bodies, wore pants, and decapitated their foes. Posidonius was amazed at the Celtic women, who enjoyed greater freedoms than the women of Rome, and was astonished to discover that women could even become Druids.

Posidonius returned home and wrote a book about his travels among the Celts, which became one of the most popular books of ancient times. His work influenced Julius Caesar, who would eventually conquer the people of Gaul and bring the Celts into the Roman Empire, ending forever their ancient way of life. Thanks to Posidonius, who could not have known that he was recording a way of life soon to disappear, we have an objective, eyewitness account of the lives and customs of the ancient Celts.