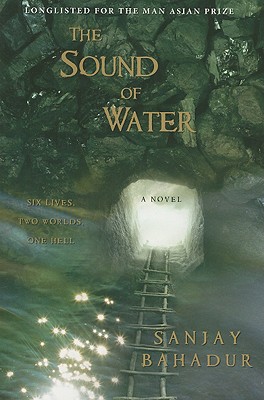 The Sound of Water

Longlisted for the 2007 Man Asian Prize, a gripping debut novel about an Indian mining disaster as seen from the perspectives of the miners, their families, and the officials charged with rescuing them. Written by a former director of the Indian Ministry of Coal, and loosely based on the disastrous flood at the Bagdihi colliery in 2001, which trapped and killed dozens of miners, The Sound of Water is written with both an insider's authority and rare literary style. Its suspenseful narrative is presented from three perspectives: The old miner struggling to save himself and his coworkers hundreds of feet below the surface of the earth; the company and government officials charged with managing the rescue efforts, but who are seemingly far more concerned with managing their careers; and, finally, the miners' families, who stand to gain life-changing sums as a consequence of their losses. A searing fictional expos of the appalling conditions that Indian miners endure and a moving story of the spiritual strength and conviction that enables one to survive against the odds, The Sound of Water dares to inaugurate "alternate realism," a fresh genre very different from the soul-baring autobiographies and epic family sagas that have characterized so much of recent Indian fiction.

Praise For The Sound of Water…

"This book should be made required reading for every bureaucrat, politician and schoolchild in this country." -- India Today

"Long-listed for the 2007 Man Asian Prize, this revealing, moving and well-written debut offers a dramatic, engaging lens through which to view an endlessly complex country." -- Kirkus

Sanjay Bahadur has advanced degrees in economics and business administration and has been a member of the Indian Civil Service since 1989. From 2000 to 2004 he was a director in the Indian Ministry of Coal, where he observed the Bagdihi disaster close up; today he works in Goa, where he is Additional Commissioner of Income Tax. He is at work on his second novel, which will be set during the Great Indian Revolt of 1857.
Loading...
or support indie stores by buying on