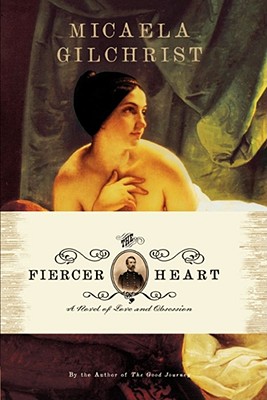 This is the story of an American love affair.Intimate and painfully real, this epic tale from the pages of history is based on the lives of vivacious and iron-willed Diana Bullitt, a Southern woman from an illustrious colonial family, and General Philip Kearny, one of the Union's legendary military leaders, a dissolute and passionate man descended from two centuries of New York aristocracy.

In antebellum America, a time when appearances are paramount, Kearny introduces his beautiful young bride to a mesmerizing world of opulence and power. But Diana's tranquil existence soon ends when Kearny joins his cavalry company in Mexico and returns home from the war mutilated and suffering from trauma.

Though Diana struggles to free Philip of his demons, she discovers that she must either follow her conscience and begin a new life for herself or submit to societal pressure and ignore Philip's devastating addictions and his indiscreet liaisons with other women. Rebelling against her husband, Diana embarks on a perilous journey, experiences the full power of her own abilities, and changes profoundly, shedding her provincial ideas of wifely duty and propriety.

Even as Philip's and Diana's twin destinies spiral inexorably toward disaster with the impending Civil War, the couple is entrapped by the persistence of their desire, their pride, and their abiding love for each other.