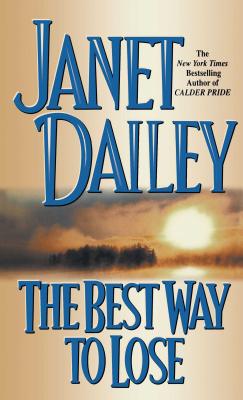 The Best Way to Lose

Young Pilar Santee felt nothing but resentment for Trace, her late husband's son from his first marraige. Although the rugged Mississippi barge pilot seemed to have little in common with his urbane father. Trace's youth and virility only accentuated her aching loss.

But when business brought Trace back to Natchez two years later, Pilar couldn't ignore the passionate challenge in his dark eyes. At first she felt disloyal to her husband's memory...but soon she was to know that he had left her with life's most precious gift -- the freedom to love again.

Janet Dailey (1944–2013) published her first book in 1976. During her lifetime, she wrote more than 100 novels and became one of the top-selling female authors in the world, with 300 million copies of her books sold in nineteen languages in ninety-eight countries. She is known for her strong, decisive characters, her extraordinary ability to recreate a time and a place, and her unerring courage to confront important, controversial issues in her stories. You can learn more about Janet at JanetDailey.com.
Loading...
or support indie stores by buying on