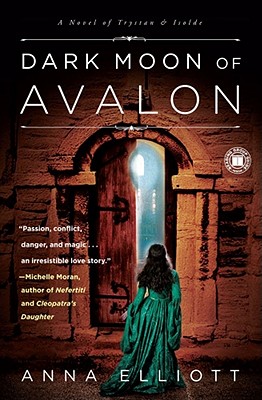 A Novel of Trystan & Isolde

She is a healer, a storyteller, and a warrior. She has fought to preserve Britain’s throne. Now she faces her greatest challenge in turning bitter enemies into allies, saving the life of the man she loves . . . and mending her own wounded heart.

The young former High Queen, Isolde, and her friend and protector, Trystan, are reunited in a new and dangerous quest to keep the usurper, Lord Marche, and his Saxon allies from the throne of Britain. Using Isolde’s cunning wit and talent for healing and Trystan’s strength and bravery, they must act as diplomats, persuading the rulers of the smaller kingdoms, from Ireland to Cornwall, that their allegiance to the High King is needed to keep Britain from a despot’s hands.

Their admissions of love hang in the air, but neither wants to put the other at risk by openly declaring a deeper alliance. When their situation is at its most desperate, Trystan and Isolde must finally confront their true feelings toward each other, in time for a battle that will test the strength of their will and their love.

Steeped in the magic and lore of Arthurian legend, Elliott paints a moving portrait of a timeless romance, fraught with danger, yet with the power to inspire heroism and transcend even the darkest age.

Praise For Dark Moon of Avalon: A Novel of Trystan & Isolde…

“Passion, conflict, danger and magic combine for an irresistible love story which will keep you turning the pages!” –Michelle Moran, Author of Nefertiti and Cleopatra’s Daughter

A long time devotee of historical fiction and fantasy, Anna Elliott lives in the DC Metro area with her husband and two daughters.  She is the author of Twilight of Avalon and Dark Moon of Avalon, the first two books in the Twilight of Avalon trilogy.  Visit her at www.annaelliottbooks.com.
Loading...
or
Not Currently Available for Direct Purchase