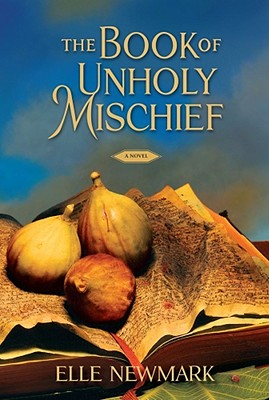 The Book of Unholy Mischief

It is 1498, the dawn of the Renaissance, and Venice teems with rumors of an ancient book that holds the secret to unimaginable power. It is an alchemist's dream, with recipes for gold, immortality, and undying love. Everyone, rich and poor alike, speculates about the long-buried secrets scrawled in its pages and where it could possibly be hidden within the labyrinthine city. But while those who seek the book will stop at nothing to get it, those who know will die to protect it.

As a storm of intrigue and desire circles the republic that grew from the sea, Luciano, a penniless orphan with a quick wit and an even faster hand, is plucked up by an illustrious chef and hired, for reasons he cannot yet begin to understand, as an apprentice in the palace kitchen. There, in the lavish home of the most powerful man in Venice, he is initiated into the chef's rich and aromatic world, with all its seductive ingredients and secrets.

Luciano's loyalty to his street friends and the passion he holds for a convent girl named Francesca remain, but it is not long before he, too, is caught up in the madness. After he witnesses a shocking murder in the Palace dining room, he realizes that nothing is as it seems and that no one, not even those he's come to rely on most, can be trusted. Armed with a precocious mind and an insatiable curiosity,

Luciano embarks on a perilous journey to uncover the truth. What he discovers will swing open the shutters of his mind, inflame his deepest desires, and leave an indelible mark on his soul.

Rich with the luxurious colors and textures of Venice, The Book of Unholy Mischief delights the senses and breathes fresh life into an age defined by intellectual revival and artistic vibrancy. A luminous and seductive novel, it is, at its heart, a high-spirited tribute to the fruits of knowledge and the extraordinary power of those who hold its key. In a world of violence an d in trigue, who guards the truth?