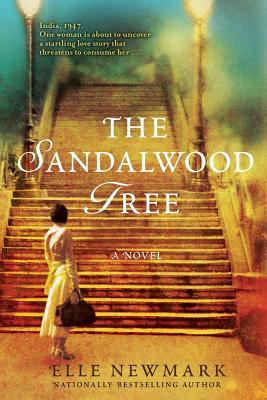 In 1947, American historian and veteran of WWII, Martin Mitchell, wins a Fulbright Fellowship to document the end of British rule in India. His wife, Evie, convinces him to take her and their young son along, hoping a shared adventure will mend their marriage, which has been strained by war.

But other places, other wars. Martin and Evie find themselves stranded in a colonial bungalow in the Himalayas due to violence surrounding the partition of India between Hindus and Muslims. In that house, hidden behind a brick wall, Evie discovers a packet of old letters, which tell a strange and compelling story of love and war involving two young Englishwomen who lived in the same house in 1857.

Drawn to their story, Evie embarks on a mission to piece together her Victorian mystery. Her search leads her through the bazaars and temples of India as well as the dying society of the British Raj. Along the way, Martin’s dark secret is exposed, unleashing a new wedge between Evie and him. As India struggles toward Independence, Evie struggles to save her marriage, pursuing her Victorian ghosts for answers.

Bursting with lavish detail and vivid imagery of Calcutta and beyond, The Sandalwood Tree is a powerful story about betrayal, forgiveness, fate, and love.

Praise For The Sandalwood Tree: A Novel…

"Elle Newark beautifully captures the sights, smells and sounds of India on the cusp of change, all the while spinning a richly layered tale." --Cathy Buchanan, New York Times bestselling author of The Day the Falls Stood Still

“Newmark’s The Sandalwood Tree is a finely nuanced tale of the enchantment of India for three women—a century apart—caught in the midst of two struggles for independence from the British Raj. The research is meticulous, the details exquisite, the story one of love, betrayal…and love again. The Sandalwood Tree is a heart-warming, enlightening, and mesmerizing read.”
--Indu Sundaresan, author of The Twentieth Wife and Shadow Princess

“If you are looking to be swept away and engulfed in a beautifully layered story that will hold your attention so intensely that you won’t want to put it down, then you should read The Sandalwood Tree!” – Planet Books Blog

“Newmark escalates tension subtly, weaving two intricate stories together and building a narrative that I could not put down. The characters linger long after the final page.” --Brunonia Barry, New York Times bestseeling author of The Lace Reader

Elle Newmark is the acclaimed author of The Book of Unholy Mischief.  She lived and worked in the hills north of San Diego.