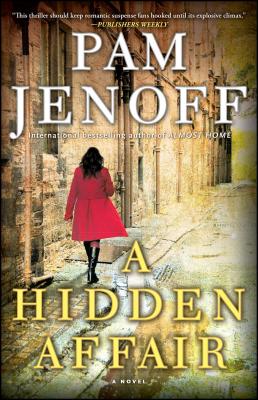 Past wars, past lives, past loves…Can we ever really let them go…And should we?

Ten years ago, U.S. State Department intelligence officer Jordan Weiss’s life was turned upside down when she was told her college boyfriend, Jared, drowned in the River Cam. In a shocking discovery, though, she realizes that things weren’t as they seemed and that she had been lied to and betrayed by those closest to her. Reeling from the shock— and the knowledge that Jared is still alive—Jordan resigns her State Department post and sets off in search of answers. Traveling to Jared’s last known whereabouts on the French Riviera, she encounters Nicole, a mysterious woman who flees after refusing to disclose what she knows about Jared.

Following Nicole across Europe, Jordan soon discovers that she is not alone in her pursuit— Aaron, a handsome and enigmatic Israeli, is chasing Nicole for his own cryptic reasons. Though distrustful of each other, Jordan and Aaron join forces on a journey that takes them half a world away, and only steps ahead of grave peril.

As Jordan draws closer to finding the answers that have eluded her for a decade, larger questions remain: Can she reconcile her attraction to Aaron with her unresolved feelings for Jared, the only man she ever loved? Will the truth be too devastating to handle or finally set her free?

Will she have a chance at happiness at last? Thrilling, romantic, and impossible to put down, A Hidden Affair gives us a brave and relentless heroine who never gives up on her search for the truth.

Pam Jenoff is the author of several novels, including the international bestseller The Kommandant's Girl, which also earned her a Quill Award nomination. Pam lives with her husband and three children near Philadelphia where, in addition to writing, she teaches law school.
Loading...
or support indie stores by buying on