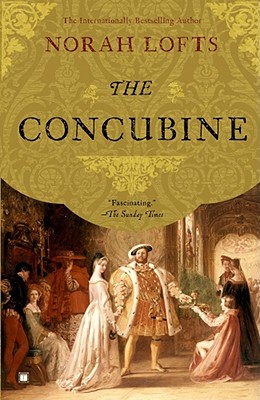 Acclaimed and beloved historical novelist Norah Lofts brings to life the danger, romance, and intrigue of the Tudor court that forever altered the course of English history.

The king first noticed Anne Boleyn as a heartbroken sixteen-year-old, sullen and beautiful after a thwarted romance with the son of the Earl of Northumberland. "All eyes and hair," a courtier had said disparagingly of her, but when King Henry VIII fell for young Anne, nothing could keep him from what he desired. Against common sense and the urgings of his most trusted advisors, Henry defied all, blindly following his passion for Anne, using the power he held over the bodies and souls of all who reside in his realm and beyond. Anne's ascent to the throne elevates her from lady-in-waiting to the highest position a woman could attain, but her life spirals out of control when Henry is driven to desperate acts of betrayal and violence. The consequences of Anne's rise to power and eventual demise are felt well beyond the inner circle of the court. Loyalties, to church, to queen, to country, are tested, and -- in the wake of the king's volatile passions -- can be an unpredictable matter of life and death.

First published in 1963 and adored by readers for generations, Lofts' lush and moving portrayal of the ambitious and doomed Anne Boleyn will continue to reign as a classic retelling of this epic chapter of history vividly brought to life.

Praise For The Concubine: A Novel…

"One of the most distinguished of English women novelists." -- The Daily Telegraph

Norah Lofts was one of the best known and best loved of all historical novelists, renowned for her authentic use of period detail. Born in 1904 in Norfolk, England, Lofts wrote more than fifty books of fiction, nonfiction, and short stories over the course of her half-century-long writing career, including The King's Pleasure and Here Was a Man, and was a bestselling author on both sides of the Atlantic.
Loading...
or support indie stores by buying on