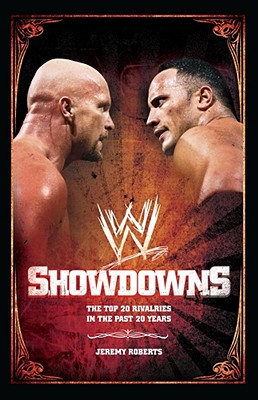 The 20 Greatest Wrestling Rivalries of the Last Two Decades (WWE)

Two decades of the top twenty fan favorites and the matches that made them famous.

It starts with an insult...then comes a push, a shove...a betrayal. Before you know it, the two wrestlers are at each other's throats. It's a rivalry, it's personal...it's a showdown.

Some showdowns are straightforward: John Cena wants to prove himself by taking on JBL; Randy Orton knows that if he can slay Undertaker, it will prove that he is the legend killer. Others are grudge matches -- The Rock is finally going to put Stone Cold Steve Austin, the bionic redneck, in his place.

There are conflicts we can all identify with: Steve Austin doing to Mr. McMahon what we dream of doing to our boss every Monday morning. There are the epic showdowns that evoke the eternal struggle: Undertaker versus Kane. And the truly bizarre: Mankind against Shawn Michaels.

Here for the first time ever, Jeremy Roberts (co-author of Controversy Creates Cash and Batista Unleashed) examines the top twenty rivalries of the past twenty years. Roberts takes us on a veritable tour of recent wrestling history, from Hulk Hogan's showdowns with Randy Savage to the gargantuan struggles between Undertaker and Batista. The high-flying action of the Hardy Boyz, the Dudleys, Edge & Christian -- all are examined in what amounts to a brief for the wrestlers' inclusion in the hall of fame. From the Monday Night Wars between nWo and D-Generation X to the real-life conflict that spawned Matt Hardy's memorable bloodfest with Edge, Roberts takes you into the ring so vividly you'll come away with bruises.

Jeremy Roberts (cowriter) has written on a variety of subjects. His nonfiction work includes biographies of Mussolini and Joan of Arc for A&E Books.
or
Not Currently Available for Direct Purchase
Copyright © 2020 American Booksellers Association