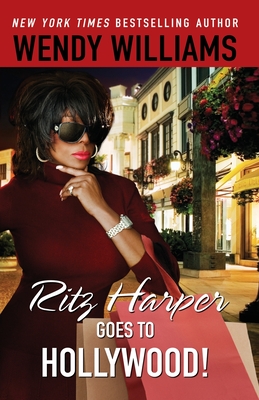 As the reigning "Queen of Radio," Ritz Harper has managed to out, ridicule, jack up or mess over everyone and anyone, from hip-hop stars to high-class snobs—so she's decided to take her career to the next level: Hollywood, baby!

Decked out in Chanel from head to toe, and sporting bodacious new breast implants, Ritz is ready for her close-up. But first, she has to deal with the dirtiest dealmakers in Tinsel Town—and the trashiest trash-talkers in her reckless past. Is Ritz worried? Of course not. She's saving all the drama for her on-air debut, where the scandalicious details of her life could send her ratings through the roof. Even if the hottest players and heaviest hitters in Hollywood come gunning for her, this tell-it-like-it-is bombshell plans to drop a few bombs of her own—before you can say "Lights! Camera! How you doin'?"

Wendy Williams, a graduate of Northeastern University, is the host of the popular television show The Wendy Williams Show. Lifetime also released a documentary revolving around Wendy’s life, Wendy Williams: What a Mess! She lives in New York with her husband and son.