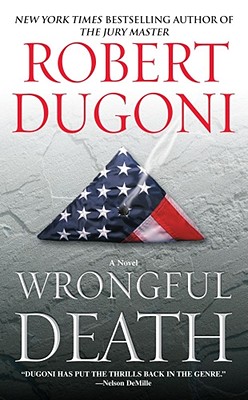 When unbeatable attorney David Sloane agrees to help Beverly Ford sue the United States government in the mysterious death of her husband in Iraq, he confronts the biggest challenge of his career. With little hard evidence to go on, Sloane tracks down the other men serving with Ford the night he died. Alarmingly, two of them returned home alive, but didn’t stay that way for long. The elusive final—and youngest—soldier is his only shot at discovering the truth, if Sloane can keep him alive long enough to tell it.

As Sloane propels his case into a federal courtroom, a relentless killer stalks his wife and stepson. Now he must race to uncover what really happened on that fatal mission, not only to bring justice to a family wronged but to keep the people closest to him from becoming the next casualties.

Praise For Wrongful Death: A Novel…

"Smart and savvy with more muscle than the average legal thriller...Dugoni has put the thrills back in the genre." -- Nelson DeMille

"Exhilarating...I could not put it down." -- Tess Gerritsen