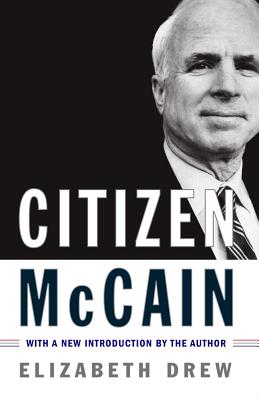 The most original, the most sought-after politician in America today, Senator John McCain is at the front of a large movement -- people who are dissatisfied with the way politics is conducted in this country. They are eager for change, and McCain's independence and his vigorous leadership have inspired them. Granted unique access to the Senator and his closest aides, prizewinning journalist Elizabeth Drew offers a close-up, fascinating account of Senator McCain as he goes about the legislative business of achieving campaign finance reform, his signature issue, building coalitions, and working across party lines. As she shows him in action, McCain is revealed as a shrewd and long-sighted strategist, someone who works with his colleagues far more successfully than his image might suggest. We see this original mind at work and get new insights into his complex personality. Drew also shows how McCain has broadened his agenda, putting him at a pivotal place in American political life. In this riveting narrative, replete with McCain's unusual candor, and his unorthodox ways, we see how this war hero turned political leader is showing the public -- and cynical Washington insiders -- that there are other ways to go about working for the public good.

Elizabeth Drew is the much-honored author of eleven previous books about national politics, including The Corruption of American Politics, Whatever It Takes, Showdown, and On the Edge. A distinguished television and radio commentator, Elizabeth Drew lives in Washington, D.C
Loading...
or support indie stores by buying on