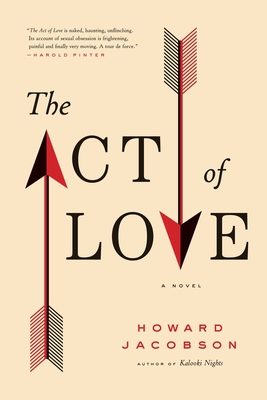 The Act of Love

In a stunning follow-up to his much-heralded masterpiece, Kalooki Nights, acclaimed author Howard Jacobson has turned his mordant and uncanny sights on Felix Quinn, a rare-book dealer living in London, whose wife Marisa is unfaithful to him.

All husbands, Felix maintains, secretly want their wives to be unfaithful to them. Felix hasn't always thought this way. From the moment of his first boyhood rejection, surviving the shattering effects of love and jealousy had been the study of his life. But while he is honeymooning with Marisa in Florida an event occurs that changes everything. In a moment, he goes from dreading the thought of someone else's hands on the woman he loves to thinking about nothing else. Enter Marius into Marisa's affections. And now Felix must wonder if he really is a happy man.

The Act of Love is a haunting novel of love and jealousy, with stylish prose that crackles and razor-sharp dialogue, praised by the London Times as "darkly transgressive, as savage in its brilliance, as anything Jacobson has written." It is a startlingly perceptive, subtle portrait of a marriage and an excruciatingly honest, provocative exploration of sexual obsession.

Howard Jacobson is the author of eight previous novels, including The Mighty Walzer (winner of the 1999 Everyman Wodehouse Award for comic writing), and several works of nonfiction. He lives in London.
Loading...
or support indie stores by buying on