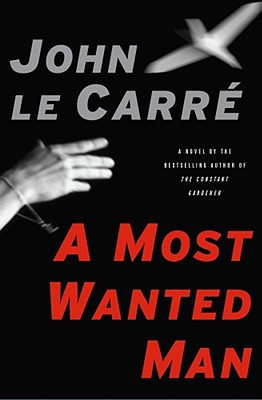 New spies with new loyalties, old spies with old ones; terror as the new mantra; decent people wanting to do good but caught in the moral maze; all the sound, rational reasons for doing the inhuman thing; the recognition that we cannot safely love or pity and remain good "patriots" -- this is the fabric of John le Carré's fiercely compelling and current novel A Most Wanted Man.

Annabel, an idealistic young German civil rights lawyer, determines to save Issa from deportation. Soon her client's survival becomes more important to her than her own career -- or safety. In pursuit of Issa's mysterious past, she confronts the incongruous Tommy Brue, the sixty-year-old scion of Brue Frères, a failing British bank based in Hamburg.

Annabel, Issa and Brue form an unlikely alliance -- and a triangle of impossible loves is born. Meanwhile, scenting a sure kill in the "War on Terror," the rival spies of Germany, England and America converge upon the innocents.