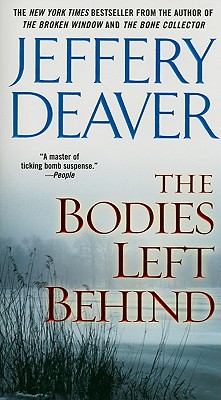 The Bodies Left Behind

When a 911 call from an isolated vacation house on Lake Mondac is cut short, off-duty county sheriff’s deputy Brynn McKenzie leaves her husband and son at the dinner table to investigate—and walks into a scene of true horror. A visiting Milwaukee couple has been shot dead. Brynn, quickly connecting with the lone survivor of the carnage, realizes the perpetrators—two professional criminals—haven’t left the crime scene. Unable to call for back-up, deprived of her gun and car, Brynn and her charge escape into the hostile wilderness in a terrifying cat-and-mouse chase. Will Brynn be the next victim?

Praise For The Bodies Left Behind: A Novel…

"A tour de force...the suspense never flags....Deaver has no rivals in the realm of sneaky plot twists." -- Kirkus Reviews

He's received or been shortlisted for a number of awards around the world, including Novel of the Year by the International Thriller Writers and the Steel Dagger from the Crime Writers' Association in the United Kingdom. In 2014, he was the recipient of three lifetime achievement awards. A former journalist, folksinger, and attorney, he was born outside of Chicago and has a bachelor of journalism degree from the University of Missouri and a law degree from Fordham University.
Loading...
or support indie stores by buying on
(This book is on backorder)