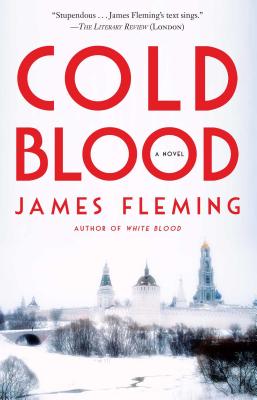 THE RUSSIAN REVOLUTION is breaking out all around him, but Charlie Doig has a private war to fight. Even if he dies in the attempt, he's going to track down and kill Prokhor Glebov, the Bolshevik who murdered Doig's beautiful wife, Elizaveta. Certain that Glebov will sooner or later turn up at Lenin's side, Doig makes his way to St. Petersburg. There, amidst the chaos of the Revolution, Charlie discovers that Glebov has been put in charge of the political re-education of the Tsar and his family in Ekaterinburg. The chase begins.

Having captured an armored train, Charlie and the ragtag private army he has recruited fight their way toward Siberia. Near Kazan, he hears rumors that the Tsar's gold reserves are in the city and that Glebov is also after them. He determines that he'll avenge Elizaveta and grab the gold in one swoop.

James Fleming is one of modern fiction's great stylists. His prose is marvelously robust and vivid, his plot breathtaking in its pace and excitement, and his protagonist, as the Independent said of the previous Doig novel, White Blood, is "the right kind of hero: virile, ruthless, adventurous."

James Fleming was born in London in 1944, the fourth in a family of nine children. He read history at Oxford and has been variously an accountant, farmer, forester and bookseller. The author of two previous novels, The Temple of Optimism and Thomas Gage, he lives in Scotland. Visit him online at jamesfleming.co.uk.
Loading...
or support indie stores by buying on