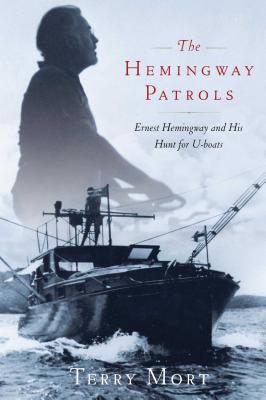 Ernest Hemingway and His Hunt for U-Boats

Terry Mort was born and raised in Poland, Ohio, and attended Princeton, where he wrote his senior thesis on the Hemingway Hero. Carlos Baker, Hemingway's official biographer, was one of the readers. Initially interested in a career in academics, Terry opted instead to enlist in the Navy and spent three years on active duty-- two on the West Coast, which included a tour of Vietnam.

Praise For The Hemingway Patrols: Ernest Hemingway and His Hunt for U-Boats…

"The Hemingway Patrols is modest in length and epic in scope. Writing in a limpid, economical prose that his subject would admire, Terry Mort tells the story of a little-known period in the life of one of America's greatest novelists and manages to weave all sorts of disparate threads into a harmonious whole. Descriptions of submarine warfare and naval battles alternate with insightful commentaries on Hemingway's art and career and portraits of his troubled marriage to his third wife, the fascinating Martha Gellhorn. There is even a poetic treatise on celestial navigation. Like a well-designed memory chip, this book crams an awful lot into a small space, and it does so with elegance and grace." -- Philip Caputo, author of A Rumor of War and Acts of Faith

"A unique biography of Ernest Hemingway's World War II experience. At first glance, Hemingway's decision to volunteer to hunt for German U-boats threatening mercantile ships in the Gulf Stream can be easily absorbed into the author's tough-guy image, especially considering that the Pilar was a fishing boat on which he could drink and boss other men around on the Navy's dime. Yet former Navy man Mort's portrait is far more nuanced. The author views these patrols as a synthesis of life and art, arguing that Hemingway embodied his own existential Hemingway Hero during these hunts -- or quests, as Hemingway himself preferred to call them. It was this quest that would shape much of Santiago's saga in The Old Man and the Sea -- and, to a lesser extent, Islands in the Stream.... A rewarding read about the inner workings of an artistic mind -- solid fare for Hemingway enthusiasts looking for a fresh perspective." -- Kirkus Reviews