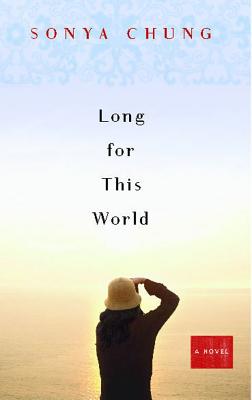 Pushcart Prize nominee Sonya Chung has displayed her stunning talent in her award-winning short fiction and essays. Now, she renders the compelling story of a troubled family straddling cultures, fleeing and searching, in her piercing and profoundly humane first novel.

In 1953, on a small island in Korea, a young boy stows away on the ferry that is carrying his older brother and his wife to the mainland. Fifty-two years later, Han Hyun-kyu is on a plane flying back to Korea, leaving behind his own wife in America. It is his daughter, Jane a war photographer recently injured in a bombing in Baghdad and forced to return to New York who journeys to find him in the small town in South Korea where his brothers have settled. Here, father and daughter take refuge from their demons, flirt with passion, and, in the wake of tragedy, discover something deeper and more enduring than they could have imagined.

Just as Monica Ali's Brick Lane introduced readers to a world that is both exotic and immediate, Long for This World illuminates the complexities and the richness of family bonds and establishes Chung as an exciting new voice in fiction.

Sonya Chung’s short fiction and essays have appeared in The Threepenny Review, BOMB Magazine, Cream City Review, and Sonora Review, among others.  She is a recipient of the Charles Johnson Fiction Award, a Pushcart Prize nomination, and the Bronx Council on the Arts Literary Fellowship & Residency.  Long For This World is her first novel.
Loading...
or support indie stores by buying on