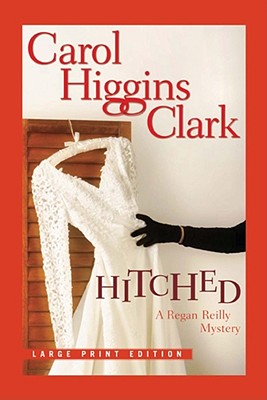 The date is Saturday, April 2. Five April brides discover their wedding dresses have been stolen. One of the brides is private investigator Regan Reilly. Her wedding is in seven days.

Regan Reilly and her fiancé, Jack "no relation" Reilly -- head of the NYPD Major Case Squad -- are getting married! Regan had the perfect dress made by two young designers on Manhattan's Lower East Side. Arriving at the bridal salon to pick up her gown, Regan discovers the shop has been broken into, the designers bound and gagged, and wedding dresses for four of the April brides (her dress included) are missing. A fifth dress is in shreds on the floor. Even though it's a week before her wedding, Regan gets on the case, and in the process she meets an unusual mix of brides and grooms-to-be, or -- perhaps "not-to-be."

Over at One Police Plaza, Regan's bridegroom, Jack, is trying to solve a perplexing series of bank robberies. The robber, nicknamed "The Drip" by the NYPD because he always strikes during rainstorms, has been eluding the police for months. Jack is determined to crack the case before his upcoming nuptials.

Carol Higgins Clark fuses the two seemingly unrelated mysteries with an ingenious twist, taking readers from the streets of New York City, to the casinos of Atlantic City, and finally to that most popular wedding spot -- the one and only Las Vegas. She weaves a web of mystery around a charming, humorous tale of five April brides and the trials and tribulations they face planning their weddings.