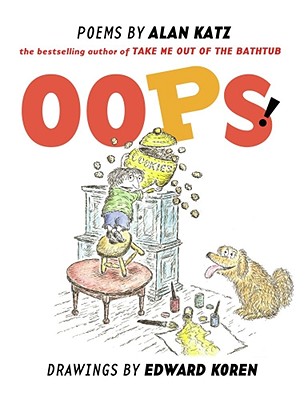 Find your funny bone and grab your giggles!

You're about to embark on an adventure through the hilarious landscape created by ALAN KATZ and EDWARD KOREN.

From the kingdom of His Royal Sloppiness (also known as the prince of fingerprints) to the trouble-ridden Pencil-vania, this is a world of hallway hijinks, show-and-smell, clean-freak parents, dentist dilemmas, bothersome brothers, and sinister sisters. If you are a kid, or you know a kid, or if you ever were a kid, this is a poetry collection to cherish (but wipe your hands first!).

Edward Koren may be best known for his work in the New Yorker magazine, where he has published nearly one thousand cartoons. He has written and illustrated several children's books, including Very Hairy Harry. He taught at Brown University and received a Guggenheim Fellowship. He lives with his family in Vermont.
Loading...
or
Not Currently Available for Direct Purchase