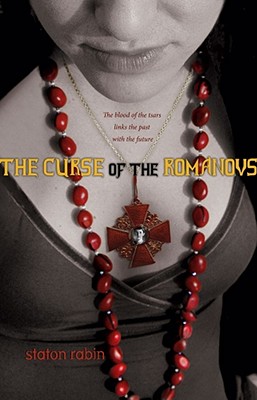 The Curse of the Romanovs

Alexei Romanov, heir to the Russian throne, is in deadly danger. It's 1916, the struggling Russian people are tired of war and are blaming their Romanov rulers for it, and some are secretly plotting to murder the young heir and his family. But nobody outside the palace knows that Alexei suffers from a terrible bleeding disease, hemophilia, which threatens to finish him off even before the family's enemies can. The only person able to help Alexei is the evil and powerful religious mystic Rasputin -- and now Rasputin is trying to kill him too Desperate, Alexei flees through time to New York City in 2010, using a method taught to him by the mad monk himself. In New York, Alexei meets smart and sassy Varda Rosenberg, and discovers she is a distant cousin. Varda is working on a gene therapy cure for hemophilia, as the disease still runs in the family. When Alexei learns that history shows that his entire family will be assassinated in 1918, he and Varda travel back in time to the Russian Revolution, with Rasputin hot on their heels. Will they be able to rescue Alexei's family before it's too late? Staton Rabin lets Alexei tell his own riveting story in a rousing adventure with stunning surprises -- a movingly authentic look at royalty and revolution in the days of the tsars.

Praise For The Curse of the Romanovs…