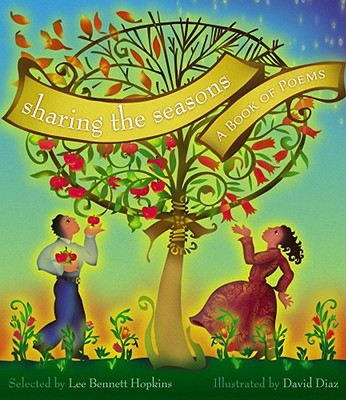 “These splendid poems give readers of all ages a meaningful and rich glimpse of the gifts (and nuisances) that each seasons brings.” –Through the Looking Glass Children's Book Review

DAVID DIAZ has been an illustrator and graphic designer for more than twenty-five years. His children’s book illustrations have earned him many honors and awards, including the Caldecott Medal for Smoky Night by Eve Bunting. He also illustrated the Newbery Medal winner, The Wanderer by Sharon Creech, The Gospel Cinderella by Joyce Carol Oates, Angel Face by Sarah Weeks, and Little Scarecrow’s Boy by Margaret Wise Brown, which was named a New York Times Best Illustrated Book. His bold, stylized work has appeared in editorials for national publications such as The New York Times, Washington Post, Business Week, and The Atlantic Monthly. He lives in Carlsbad, California, and more of his work can be seen at diazicon.com.
Loading...
or support indie stores by buying on