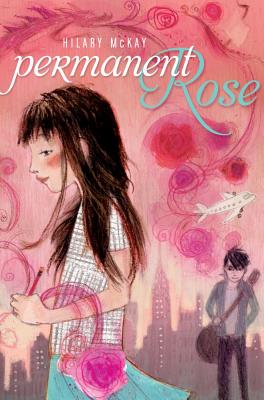 Feisty Rose takes center stage as the highly original Casson family faces a long, hot summer.
As usual, things are a bit chaotic. Eldest daughter Caddy is now engaged to darling Michael, and she's not altogether sure she likes it. Saffy and Sarah are on a mission to find Saffy's biological father (while cultivating hearts of stone). Indigo is cautiosly beginning a friendship with a reformed bully, who desparately wants to feel like part of the Casson family. Rose, while missing Tom (who none of them have heard from) dreadfully, enters into a life of petty crime, shoplifting small items until her misadventures nearly bring disaster. An accidental trip to London and a visit with Rose's father lead to a startling revelation, but through it all Rose's single-minded determination to find Tom remains as fierce as it is hopeless. Oris it?
Hilary McKay has painted the fond mayhem of this delightul family with such humor, warmth, and authenticity that readers will fall in love with them all over again. Once you've visited the Casson household, you may never want to leave.