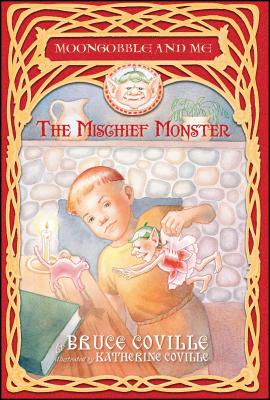 The Mischief Monster (Moongobble and Me)

Sometimes when you get what you want, it's not as good as you thought it would be. Ever since Edward's good friend Moongobble became a full magician, life has been rather boring. No more adventures.

But then Snelly comes bursting into their lives. Snelly is small -- only a foot tall -- but she's a bundle of trouble. She's the daughter of the queen of the Mischief Monsters, and she has run away. Edward, Moongobble, and their friends learn that they must return Snelly to her home right away, or her mom will start a Mischief War. And that would be really annoying!

So Edward, Moongobble, Urk, and Fireball set off on another adventure, this time to return Snelly to her home in Monster Mountain. But when they get there they find a bigger surprise waiting for them than they ever could have imagined. And Edward won't have to worry about being bored for a very long time!