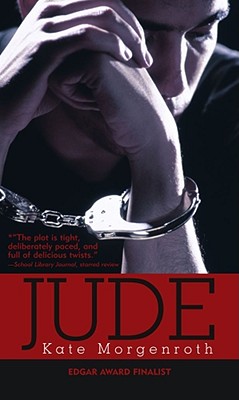 When fifteen-year-old Jude's father is brutally murdered, Jude is a witness. But to save his own life, he can't tell the police what he knows. Still, Jude is determined to clear his name and win the approval of his mother -- the district attorney he has not seen since he was an infant.

At the urging of his mother's longtime companion, Jude agrees to a crazy scheme to protect her political future. But what Jude doesn't know is that there are buried secrets that will require him to sacrifice more than he ever dreamed. And his search for approval will turn into one for revenge.

"Unlike many suspense novels, the characters are as thoroughly developed as the story."
-- School Library Journal, starred review

"The intricacies of betrayal and discovery continue to the end of the novel."
-- Booklist, starred review

Kate Morgenroth is the author of the adult thrillers Kill Me First and Saved. She lives in New York City. Visit her Web site at www.katemorgenroth.com.
Loading...
or support indie stores by buying on
(This book is on backorder)