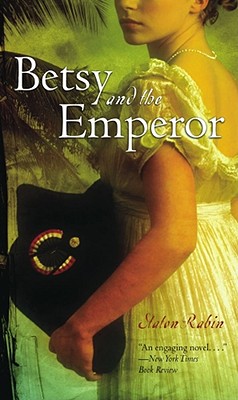 Betsy and the Emperor

"Think, my dear -- just think what it will be like, to be known as the girl who freed the great Napoleon Bonaparte!"

Fourteen-year-old English girl Betsy Balcombe and her family have an unusual houseguest: Napoleon Bonaparte, former emperor of France and the most feared man on earth. Once lord and master to eighty-two million souls, now, in 1815, Napoleon is a captive of the British people. Stripped of his empire and robbed of his young family and freedom, he is confined to the forbidding, rat-infested island of St. Helena.

The one bright star in Napoleon's black sky is Betsy, a blazingly rebellious teenager whose family is reluctantly housing the notorious prisoner. Betsy is the only foreigner Napoleon's ever met who is not impressed by him -- and Napoleon is more than intrigued.

An unexpected alliance is formed. And a remarkable friendship between emperor and girl spawns gossip, and inspires Betsy to hatch a daring and dangerous scheme that could threaten both their lives and shake entire empires to their foundations.

Praise For Betsy and the Emperor…

"An interesting and intimate look at the life of one of history's most famous men."
-- School Library Journal

Staton Rabin has a B.F.A. in film from New York University. In addition to writing for children, she is a screenwriter; a popular speaker about the art, craft, and business of writing for film; and a veteran story analyst for Scr(i)pt magazine, screenwriters, and producers. Staton Rabin lives in Irvington, New York.
Loading...
or
Not Currently Available for Direct Purchase