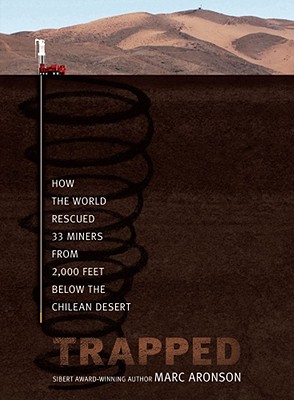 “There’s something here to rivet just about anyone, from gearheads who follow the approaches to drilling, to humanists who empathize with the trapped men and their anxious families, to nascent activists who recognize that behind the heroics lies a corrupt, neglectful system of mine operation that endangers workers to maximize profit. Students using this title as a foundation for a written report will appreciate the annotated sourcing, timeline, index, glossary, and perhaps most important, the motherlode of useful websites. Teachers and librarians might also want to direct their students’ attention to Aronson’s appended essay on how he conducted his own Internet-based research.”

--The Bulletin of the Center for Children's Books, September 2011