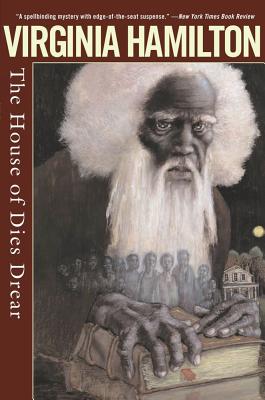 The House of Dies Drear

A family tries to unravel the secrets of their new home which was once a stop on the Underground Railroad in this Edgar Award–winning book from Virginia Hamilton.

The house held secrets, Thomas knew, even before he first saw it looming gray and massive on its ledge of rock. It had a century-old legend—two fugitive slaves had been killed by bounty hunters after leaving its passageways, and Dies Drear himself, the abolitionist who had made the house into a station on the Underground Railroad, had been murdered there. The ghosts of the three were said to walk its rooms…

The recipient of nearly every major award and honor in her field, including the 1992 Hans Christian Andersen Award, Virgina Hamilton was the first African American woman to be awarded the Newbery Medal, for M.C. Higgins, the Great. Renowned as a storyteller, anthologist, and lecturer as well as a novelist, Ms. Hamilton makes her home in Yellow Springs, Ohio.
Loading...
or support indie stores by buying on