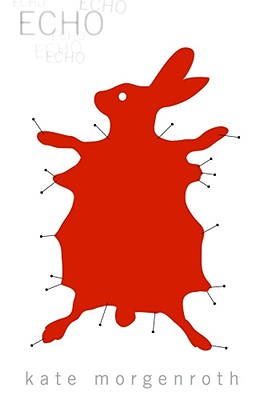 How can I know what's going to happen?

But somehow he did know. The feeling was like déjà vu but stronger...and scarier. It told him that without a doubt something was going to happen. And it was going to be bad.

In the year since Justin's younger brother, Mark, died in a horrific accident, Justin's life has unraveled. Justin used to be one of the school's star athletes, but now he's not even on any of the teams. He used to be part of the popular crowd, but now everyone at school treats him like he's a monster. He used to date one of the prettiest girls at school, but now she will barely speak to him. Then on the anniversary of his brother's death he gets into a fight with his former best friend, and things spiral out of control -- with terrible consequences. But that's not the worst. Now Justin is hearing a voice that's making him relive the day of the accident over and over again.

In this dark thriller, Edgar Award nominee Kate Morgenroth explores the thin line between reality and illusion inside a troubled young mind.

Kate Morgenroth is the author of the adult thrillers Kill Me First and Saved. She lives in New York City. Visit her Web site at www.katemorgenroth.com.
Loading...
or
Not Currently Available for Direct Purchase