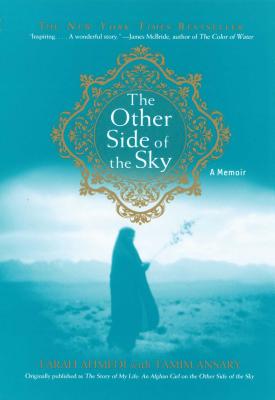 The Other Side of the Sky

Farah Ahmedi's "poignant tale of survival" (Chicago Tribune) chronicles her journey from war to peace. Equal parts tragedy and hope, determination and daring, Ahmedi's memoir delivers a remarkably vivid portrait of her girlhood in Kabul, where the sound of gunfire and the sight of falling bombs shaped her life and stole her family. She herself narrowly escapes death when she steps on a land mine. Eventually the war forces her to flee, first over the mountains to refugee camps across the border, and finally to America. Ahmedi proves that even in the direst circumstances, not only can the human heart endure, it can thrive. The Other Side of the Sky is "a remarkable journey" (Chicago Sun-Times), and Farah Ahmedi inspires us all.

Praise For The Other Side of the Sky: A Memoir…

"Inspiring . . . A wonderful story." -- James McBride, author of The Color of Water

"Very compelling. . . . Here you have a girl, a child, who suffered her own disability, [and] the loss of her family and her homeland. She's taking care of her aging mother and adapting to this new culture, and she's a bright, shining light in the world. . . . Very moving." -- Mary Karr, New York Times bestselling author of The Liar's Club and Cherry

"[The Other Side of the Sky] has that wonderful quality of survival and is most compelling. Seeing Afghanistan from the eyes of this girl provides a deep, rich look that we haven't seen before." -- Mary Higgins Clark, author of thirty-three worldwide bestsellers

"Farah is a tower of strength." -- Heather Mills McCartney

Farah Ahmedi is a humanitarian, activist, and writer from Afghanistan. After stepping on a landmine was a young girl, she and her family escaped her war-torn homeland and moved to the United States. After winning Good Morning America’s Story of My Life contest in 2005, she published her memoir, The Other Side of the Sky. Now a college graduate and mother of two, Ahmedi is a public speaker who shares her story of loss, hope, and peace with people all over the country.

Tamim Ansary is the author of West of Kabul, East of New York: An Afghan American Story as well as numerous books for children. A columnist for Encarta, he lives in San Francisco with his wife and their two children.
Loading...
or support indie stores by buying on