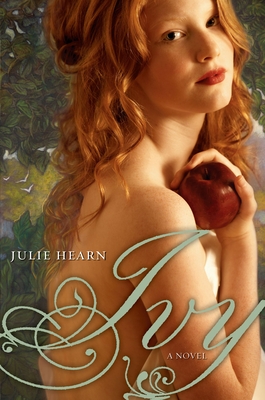 Ivy is used to being overlooked. The youngest in a family of thieves, scoundrels, and roustabouts, the girl with the flame-colored hair and odd-colored eyes is declared useless by her father from the day she is born. But that's only if you look at her but don't see. For Ivy has a quality that makes people take notice. It's more than beauty -- and it draws people toward her.

Which makes her the perfect subject for an aspiring painter named Oscar Aretino Frosdick, a member of the pre-Raphaelite school of artists. Oscar is determined to make his mark on the art world, with Ivy as his model and muse. But behind Ivy's angelic looks lurk dark secrets and a troubled past -- a past that has given her an unfortunate taste for laudanum. And when treachery and jealousy surface in the Eden that is the artist's garden, Ivy must learn to be more than a pretty face if she is to survive.

Julie Hearn, author of The Minister's Daughter and The Sign of the Raven, has created a memorable tale of nineteenth-century England with a character destined to take her place alongside Dickens's Pip and Oliver Twist.

Julie Hearn was born in Abingdon, England, near Oxford, and has been writing all her life. After studying to be a journalist, she worked in Australia and lived in Spain, before returning to England, where she worked as a features editor and columnist. She is now a full-time writer. Her first book published in the United States was The Minister's Daughter.
Loading...
or
Not Currently Available for Direct Purchase