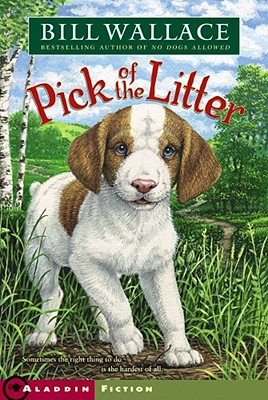 Pick of the Litter

Tom's grandfather is recovering from heart surgery, so during summer vacation Tom is helping him with his hunting dog business. It's hard work, but Tom doesn't mind so much after he falls in love with one of the pups, a rare blue-eyed pointer Tom names Tad. It's almost as if Tad understands when Tom talks to him, especially about confusing things like how hard it is to write to Angie, a girl Tom met on vacation.

The trouble is, Grandpa promised the owner of the pup's sire the pick of the litter, and it's pretty clear that's Tad. Tom knows what he should do, but he can't help hoping there's a way to get around Grandpa's promise. How can he do the honorable thing when it will cost him what he wants most in the world?