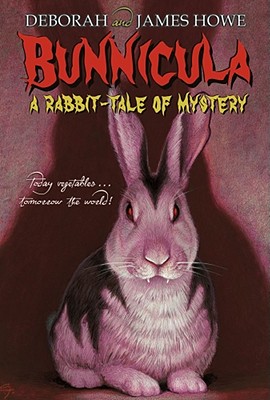 A Rabbit-Tale of Mystery (Bunnicula and Friends)

BEWARE THE HARE!
Is he or isn't he a vampire?

Before it's too late, Harold the dog and Chester the cat must find out the truth about the newest pet in the Monroe household -- a suspicious-looking bunny with unusual habits...and fangs!

Praise For Bunnicula: A Rabbit-Tale of Mystery (Bunnicula and Friends)…

"Bunnicula is the kind of story that does not age, and in all probability, will never die. Or stay dead, anyway..."
-- Neil Gaiman

"The most lovable vampire of all time."
-- J. Gordon Melton, author of The Vampire Book

"Move over, Dracula! This mystery-comedy is sure to delight."
-- New York Times