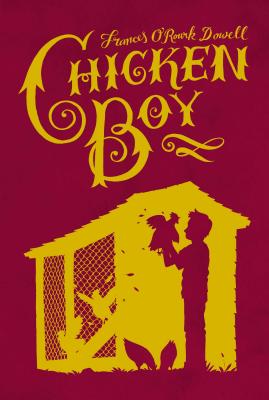 Meet Tobin McCauley. He's got a near-certifiable grandmother, a pack of juvenile-delinquent siblings, and a dad who's not going to win father of the year any time soon. To top it off, Tobin's only friend truly believes that the study of chickens will reveal...the meaning of life? Getting through seventh grade isn't easy for anyone, but when the first day of school starts out with your granny's arrest, you know you've got real problems. Throw on a five-day suspension, a chicken that lays green eggs, and a family feud that's tearing everyone to pieces, and you're in for one heck of a ride.

* "Tobin’s own blossoming, through friendship, and the rediscovery of his family, and the love for and of his chickens, is entirely satisfying—just right."
— Kirkus Reviews, STAR

Frances O’Roark Dowell is the bestselling and critically acclaimed author of Dovey Coe, which won the Edgar Award and the William Allen White Award; Where I’d Like to Be; The Secret Language of Girls and its sequels The Kind of Friends We Used to Be and The Sound of Your Voice, Only Really Far Away; Chicken Boy; Shooting the Moon, which was awarded the Christopher Award; the Phineas L. MacGuire series; Falling In; The Second Life of Abigail Walker, which received three starred reviews; Anybody Shining; Ten Miles Past Normal; Trouble the Water; the Sam the Man series; The Class; How to Build a Story; and most recently, Hazard. She lives with her family in Durham, North Carolina. Connect with Frances online at FrancesDowell.com.
Loading...
or support indie stores by buying on