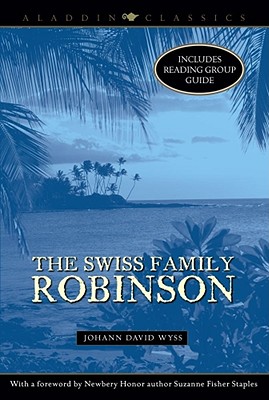 Suzanne Fisher Staples is the Newbery Honor author of Shabanu, Daughter of the Wind. She lives in Pennsylvania.

Johann David Wyss (1743­1818) was a Swiss pastor. The Swiss Family Robinson was edited by his son Johann Rudolf Wyss, a scholar who wrote the Swiss national anthem.
Loading...
or support indie stores by buying on
(This book is on backorder)