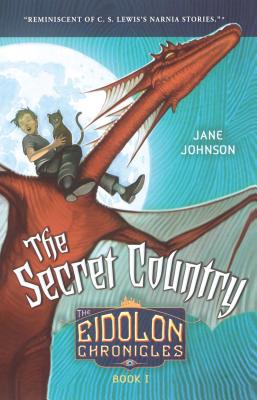 Ben wants a Mongolian Fighting Fish more than anything. But when he goes to Mr. Dodds's Pet Emporium with his hard-earned savings, he buys a cat instead. He doesn't have a choice, really. The cat insists.

Iggy (as the tabby likes to be called) has been kidnapped from his home, a parallel world known as the Secret Country. And as the two soon discover, Iggy is not the only animal to fall victim to the pet-store owner's devious scheme: Mr. Dodds is stealing the Secret Country's magical creatures and selling them to England's rich and curious. Being away from their homeland causes the creatures with any connection to the Secret Country to be under immediate threat. What's more, it seems Ben's mother is their long-lost queen.

With his mother's life hanging in the balance, it's up to Ben to play his part in an ancient prophecy and prove he's worthy of the title of Prince of Eidolon.

Jane Johnson is a novelist, historian, and publisher. She is the UK editor for George R.R. Martin, Dean Koontz, and others. She has written several novels for adults and children, including the bestselling novel The Tenth Gift. Writing under the pen name Jude Fisher, she has written the companion books to Peter Jackson’s Lord of the Rings and The Hobbit movie trilogies. Jane is married to a Berber chef she met while climbing in Morocco. She divides her time between London, Cornwall, and the Anti-Atlas Mountains. Connect with her on Twitter @JaneJohnsonBakr or visit her website at JaneJohnsonBooks.com.

Adam Stower has a rich imagination and loves fantasy and adventure stories. He studied illustration at the Norwich School of Art and Design and at the University of Brighton, and lives with his daughter in Brighton, England.

Praise For The Secret Country (The Eidolon Chronicles #1)…

"In The Secret Country, Jane Johnson introduces us to a whole new world of enchantments, filled with amazing characters and outlandish situations, all brought together with a welcome warmth and wit, and presented in Jane's elegant, effortless prose. It's a marvelous start to what promises to be a wonderfully off-beat and original series." -- Clive Barker