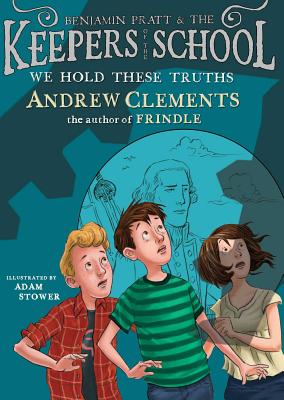 Time is almost out for the Keepers of the School in this fifth Keepers adventure from Andrew Clements, the master of the school story.

The Keepers of the School—known to their friends as Ben, Jill, and Robert—have one last chance to save their school before it’s torn down to make room for a seaside amusement park. But their nemeses, Janitors Lyman and Wally, are just as determined to keep the kids out of the way and the demolition on schedule.

One way or the other, this battle is about to come to a head. When all is said and done, will the school still be standing? Or will everything the Keepers have fought for be destroyed?

Adam Stower has a rich imagination and loves fantasy and adventure stories. He studied illustration at the Norwich School of Art and Design and at the University of Brighton, and lives with his daughter in Brighton, England.
or
Not Currently Available for Direct Purchase
Copyright © 2020 American Booksellers Association