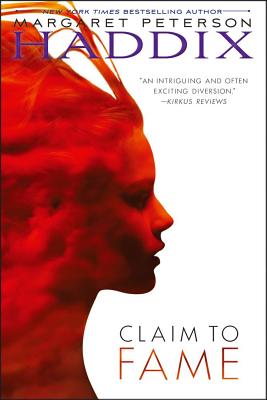 Lindsay Scott hit the big time at age five, when she became the star of the television show "Just Me and the Kids." It seemed like she was set for life--until she had a nervous breakdown when she was eleven, because Lindsay had suddenly developed a very dangerous sense of ESP--the ability to hear what anyone was thinking about here, at any time, anywhere in the world. Lindsay's father whisked her away to her long-gone mother's house in small town Springdale, and Lindsay was amazed to discover that within the four walls of the house, she can't hear anything out of the ordinary. And so Lindsay has stayed hidden in the house, safe from other people's thoughts, doing her best to stay out of sight and let the world forget her.

When the tabloids print a "where are they now" story about her, claiming that Lindsay's maniacal father has kept her imprisoned in her house for the past five years, a couple of well-meaning teens attempt to "rescue" Lindsay. For the first time in five years, Lindsay is outside the protective quiet of her house. And that's when she hears the one voice she never expected to hear: her mother's.

When she discovers that perhaps her mother didn't leave voluntarily, she has a choice to make: will she risk everything to find the truth about her past--and the source of her ability?

Praise For Claim to Fame…

"Haddix...creates a thought-provoking story laced with themes of transcendentalism, self-centeredness, and the importance of human connectivity."--Publishers Weekly

"The prolific Haddix gives young teens another suspensful tale...Themes of friendship, self-centeredness, and the ties that bond are common issues for young adults as they struggle to find themselves and thier place in the world....Haddix addresses these themes without preaching."--VOYA

"Haddix's characters are, as usual, superbly drawn, and Lindsay's struggle to shape her identity independent of what others think of her will surely resonate with many young readers."--The Bulletin of the Center for Children's Books

Margaret Peterson Haddix is the author of many critically and popularly acclaimed YA and middle grade novels, including the Children of Exile series, The Missing series, the Under Their Skin series, and the Shadow Children series. A graduate of Miami University (of Ohio), she worked for several years as a reporter for The Indianapolis News. She also taught at the Danville (Illinois) Area Community College. She lives with her family in Columbus, Ohio. Visit her at HaddixBooks.com.
Loading...
or
Not Currently Available for Direct Purchase