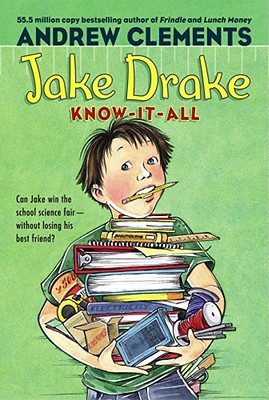 The trouble is, to beat the know-it-alls, Jake has to become a know-it-all himself. And he may just lose more than he wins.

"A cut above the usual beginning chapter book."