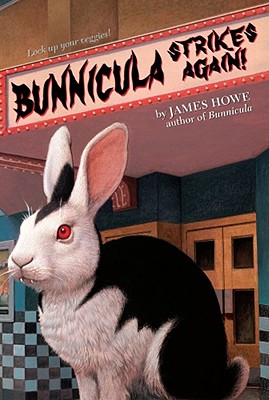 The Monroes' kitchen is littered with the remains of vegetables drained of all color. To Chester it's obvious that Bunnicula, the vampire rabbit, is up to his old tricks.

But Harold is more frightened for Bunnicula than of him. The poor bunny doesn't look too good. Is he sick? Or just unhappy? Or has Chester finally gone too far in his attempt to make the world safe for veggies?

One thing's for sure: Harold isn't going to let anything bad happen to his long-eared pal -- even if it means leaving the comfort of his home, losing his best friend, and risking his own life. And if he fails -- could this be the end of Bunnicula?