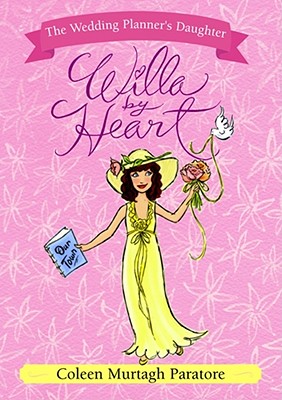 It's almost summer on Cape Cod, where Willa Havisham and Joey Kennelly are finally enjoying their status as the most compatible couple at Bramble Academy. When the community theater advertises auditions for Our Town, Willa and Joey seem fated to play the romantic leads. But when Marielle, the dazzling new girl, offers up some dramatic competition, Willa turns greener than the lawn at her parents' inn.

With two inn weddings the same weekend in June, Willa, who is now the official assistant wedding planner, has enough to do just helping Chef Rosie bake the wedding cakes of the century, and keeping sixteen beauty pageant bridesmaids in check. When a dance with a Southern gentleman sends her spinning under the stars, there's no telling what is destined for Willa and Joey.