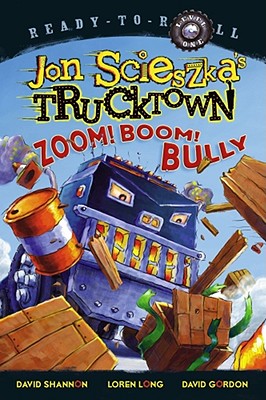 Every time the trucks try to build something, Big Rig comes along, and - ZOOM! BOOM! - knocks it down! What can they do to stop such a big bully?